Hunter's lungs infected with an Pneumonia 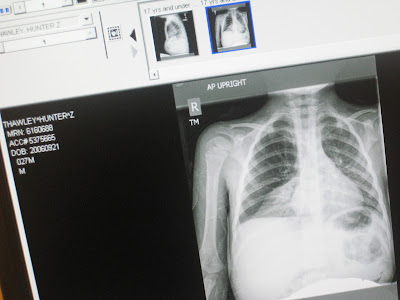 We are going on our 8th day of Hunter battling a very severe pneumonia. Kinda not fair. He is being a very good sport, as always, however mom and dad seem to be wearing a little thin. I think it's one of the few times that I have allowed myself to get angry and frustrated and pissed off at the world. I am so tired and over our little man being ill.

It started around Halloween when Hunter had the return of the 104 fever. Needless to say, we didn't dress up and go trick or treating. Instead, Zen and I laid over Hunter all night and sobbed, begging and hoping that it wasn't the return of his cancer. He ended up waking up in a good mood and seemed to be fine for the rest of the day and after. Lovely.

Then another fever hit at the end of November. He was down for 3 days. Seemed to pass.

Well December has been a whole different story. It's basically sucked. He went off all meds on Dec. 1st and was no longer being protected from any kind of viral or bacteria infection. A step most cancer patients have to take eventually. Hunter had his monthly check up at Childrens Hospital in LA and actually went to the regular Pediatrician for the 1st time in 15 months. Nothing was detected and he skated through his routine blood exam with flying colors. He came back Leukemia free and seemed to be further on his way to living a normal, healthy life. That was on the 11th of December. On the 17th of December, he was down again and was very sad and wasn't moving around too much and definitely didn't leave our arms the whole day. Obviously not feeling well at all. We arrived in Oregon on the 20th and he was still not enjoying life as usual. Seemed to pass and Christmas eve and Christmas day were great. He was ripping open presents like he's done it for years. Good times. Out of the 3 Christmas' he's had, this was the best one. 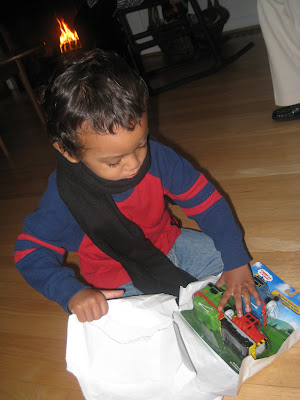 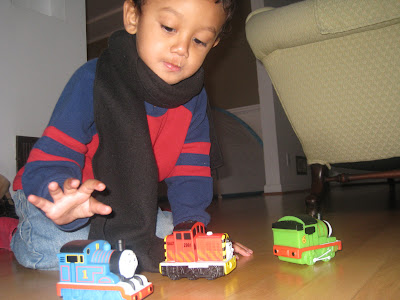 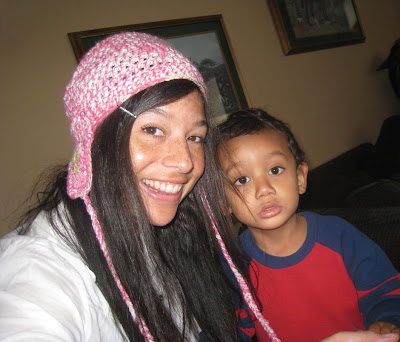 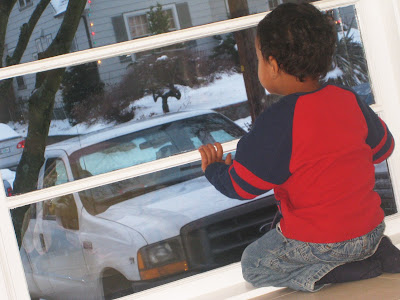 All of a sudden he developed a cough and a consistent runny nose and was getting extremely skinny. He'd lost 4 pounds. His appetite was gone and he wasn't acting his normal, happy self. New Years Eve rolls around and we end up canceling all plans to stay home with Hunter and try to get him better. Nothing was really working and he was getting 102 to 104 fevers on a regular basis. We communicated with our Oncologist at CHLA and she said he might have a walking pneumonia or the flu and that it wouldn't be a bad idea to bring him to the doctor. We went to Doernbechers on Monday and explained all of his symptoms, told them his history and explained what our Oncologist had said. At this time he was having pretty severe coughing attacks and some actually caused him to vomit. They took in all of our input and decided that the next best step would be do a chest/lung Xray. Low and behold........they found his Pneumonia. It has attacked his right lung and seems to have moved in and found a cozy little home. They immediately started antibiotics at 5pm and then all we did was sit and wait. The antibiotic that they gave him, Amoxocylin, was supposed to kick in quite quickly and we were supposed to see pretty immediate results. He did improve a bit, but 2 days later, Hunter was still not eating as much as he should, his cough wasn't getting that much better and he was now 104.......often. Back to Doernbechers for another chest Xray, followed up with a stomach Xray. The pneumonia was still there, but it had gone down in size by about 50%, so that was great news. However, the antibiotic that they were giving him was not strong enough to get rid of it completely. Because his tiny little body has had such mac daddy antibiotics with his cancer, they decided that he might have built up an immunity to less potent antibiotics. So in come the bigger guns. They started him on Cefdinir on Friday and now we are in the sit and wait period again. It's now Sunday and his cough doesn't seem to be getting that much better. He was on fire all day yesterday and a few times during the night. At 3am he was 102 and coughing up a storm. I've been able to get in 1/2 a yogurt for breakfast so far, but he seems to be turning away everything else. He also seems very tired. He doesn't appear to be getting better.

Back to Doernbechers 1st thing tomorrow morning to hopefully find a remedy.

I can't begin to explain what this is like. If anyone told me that it's possible for your heart to bleed..........I feel as if I know what that would feel like. I choke back tears on a daily basis and have the fear of losing my son hanging over me like a dark cloud. So many people have said that cancer can open your eyes and open your life up to an overwhelming amount of appreciation for all things. It changes your perspective. I believe that and we've definitely changed our lives, and things that use to be important......are no longer. Hunter, the quality of life, enjoying it, and being together as a family seem to have taken precedence. However, I sometimes also refer to it as the cancer curse and I'm now realizing that we have constant worry for the rest of our lives. Deep, terrifying worry.

That being said, I've gathered up all my tears and picked my heart up off the floor and will now move on with the rest of our day. The constant worry comes and goes and we have had several amazing moments with Hunter since we've left the hospital. And expect nothing but more. I'll hang out with him on the couch all day and try to feed him whatever he'll take. We'll try to make him as comfortable as possible and we'll try to make him smile. Yesterday we got a laugh by dancing around like monkeys. Maybe we'll try that again.

We will not be defeated.

Hunter during our Hospital visits. 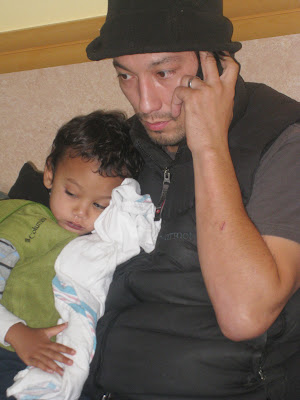 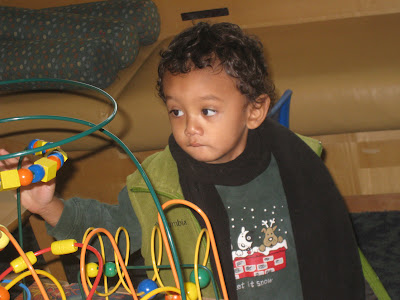 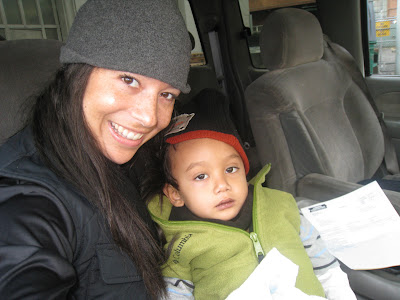 Purple popsicle lips. They help with getting fluid into his body. 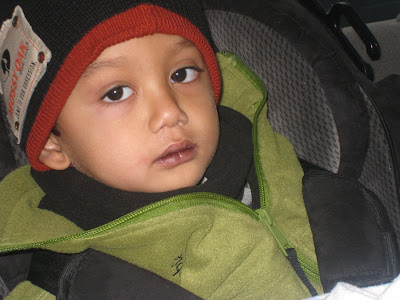 Hunter before the Pneumonia kicked in. 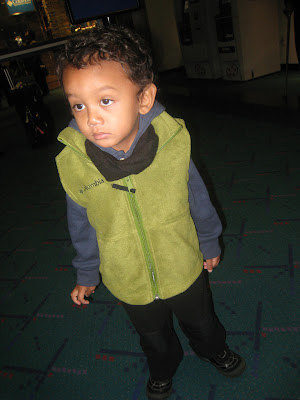 hey lenore, we'll be praying for your little guy...i check on you guys often. just spoke to Neil Mendel :) he was asking about you guys!! priscilla

Thanks Priscilla! Means a ton! We'll take all the prayers we can get! Funny to hear Neil Mendel's name. It took me a minute to place him!! Wow..........that was soooo long ago. Tell him I said hello. Also heard from Hack two days ago. She said to get on Facebook. She found Ashley up in Seattle! Love to your family. Warmly,

Hi, I am sure sorry to hear abut Hunter, we wish you the best. Eric

I am so sorry for what you all have been threw. My 4 yr old daughter's father has aml and just got pnemonia, and I am deciding what and how to explain to my angelina what is going on. You are such a wonderful parent and your son surely is happy with his warm loving family ! I wish you all the best and have prayed and still am.